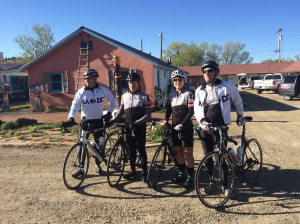 The Crew ready to roll from Cimarron New Mexico

Today’s team would be Anush Ricci, Hagop, Vicken Sipilian and I. We all had multiple days of riding on our legs by now and had ridden together a couple of days. So we eased into the ride. We had all strong smooth riders on this team so that was nice.

Much of the ride was along the historic Santa Fe Trail.

The weather was nice today with an average temperature of 64 degrees during the ride. The terrain was pretty nice too with just short rolling hills to climb.

We saw herds of Antelope today. At times they would run parallel to the road so it seemed as if they were running with us!

Vicken’s bead on his tire was not seated properly so we stopped to fix it. That gave Anush and I time for a quick Facebook update.

The terrain was starting to change. The previous day we would see lots of mountains and rock formations. Now things were starting to flatten out a bit. We were starting to see more open fields and farmland. Except for the couple of small towns we passed through we did not see any buildings. Just a lot of open space where the Deer and the Antelope roam.

Anush always had a smile on her face! 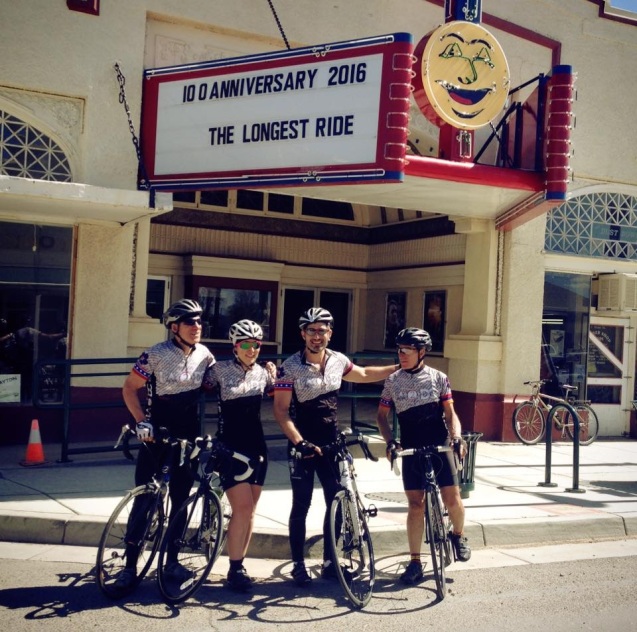 Rolling into town near the end of the Leg and this is the first sign we see! It has to be about our ride right?